After many years of a concerted effort by VTIPL's Board, we are thrilled to have established the Ellie Cressey Webster Memorial Fund extending our reach to enable more houses of worship to make important infrastructure changes to increase energy efficiency and reduce greenhouse gas emissions. The Fund, along with VTIPL’s Katy Gerke Memorial Program, allow us to offer grants to all faith communities seeking to make such improvements.

The Unitarian Church of Montpelier Climate Action Team (CAT) has selected Vermont Interfaith Power and Light (vtipl.org) to be the April Community Pouch recipient of their Community Pouch donations for that month.  VTIPL is a faith based organization that is taking action on climate change.  They work with members of the faith and spiritual communities in Vermont to advocate for our Earth and future generations.

Currently VTIPL has only one matching grant program to help support energy efficiency.  This program only supports Christian churches, primarily in Vermont, because of the benefactor’s requirement.  UCM member Harris Webster (member of the VTIPL Board) believed that VTIPL should have matching grant programs that supported all Vermont faith communities.

Recently Harris and his family generously provided the initial funding for the Ellie Cressey Webster Memorial Program at VTIPL.  This fund will support those other faith based communities in Vermont not eligible for the current VTIPL program.  Ellie, a longtime member of UCM, “was a doer and wanted to solve problems quickly.  She would have supported starting this new fund to address the needs of all faith based communities in Vermont” says Harris.  The donations received this month will be designated for the VTIPL Ellie Cressey Webster Memorial Program.

For more information about the Community Pouch program and other recipients, visit the UCM website at https://ucmvt.org/community-pouch/ 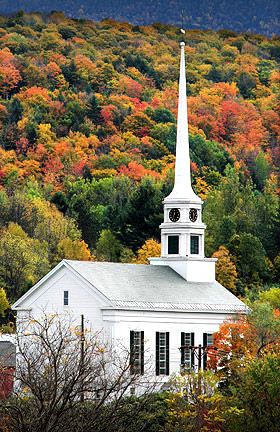 The Katy Gerke Memorial Program is a matching grant program created to honor the memory of Katy Gerke. A generous gift from her family established this fund and defined its purpose to help Christian churches in Vermont and twelve New Hampshire towns in the Upper Connecticut River Valley* to improve the energy efficiency of their church buildings. Vermont Interfaith Power and Light continues to seek funding for a comparable program to assist other faith communities in improving their energy efficiency.

Funds from this program can be used by churches to obtain professional energy audits of their buildings and to undertake projects, such as building or equipment improvements that will reduce the energy use and greenhouse gas emissions of their church building. All grants for energy audits, energy efficiency improvement, or renewable energy projects require that churches provide matching funds for each grant request.

Download a printable brochure containing a description and an outline of the program here: KGMPBrochure_2020. Grant application forms are available for download below.

For more information. about this program or to make a contribution toward establishing an additional grant please contact Vermont Interfaith Power & Light (VTIPL) Coordinator, Donna Roberts by email at info@vtipl.org.

Since the founding of the Katy Gerke Memorial Program, Vermont Interfaith Power and Light has awarded more than $100,000 in matching grants to faith communities throughout Vermont.  Some of the grants have been for professional energy audits that identified cost effective energy efficiency improvements which then resulted in an additional matching grant to implement these efficiency improvements.  Examples of some of the grants are:

The KGMP at Work 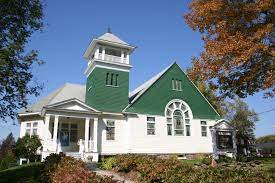 The Richmond Congregational Church has undertaken a multi-year plan to maintain their building, reduce their energy use and improve comfort within the building.  Projects undertaken to date include:

And, a major project has been air sealing and adding insulation.  Thanks to grants from Vermont Gas and Vermont Interfaith Power and Light (Katy Gerke Memorial Program), insulation over the altar, parlor, vestibule, offices and classrooms and improved air sealing and insulation on the attic access hatches, there has been a 40% reduction in air infiltration.  Not only will this lower energy bills, but it will also make the church less drafty in the winter and cooler in the summer.

We recently asked Alyson Ruby Grzyb, a member of the Federated Church of East Arlington about their efforts to save energy and to reduce the carbon emissions of their church building.  The following are her answers to our questions:

How did you decide to proceed with your energy efficiency project? - There was a grant available through Efficiency Vermont that would allow us to do a deep energy retrofit .  We thought it was the right time to do the project, knowing that a big portion of it would be covered and that it would reduce our energy costs for the coming years.  To further save on out of pocket costs we utilized the VT Interfaith Power and Light grant to mostly cover the costs of new LED light bulbs for the sanctuary and gathering hall of the church building.

What obstacles did you have to overcome, and how did you overcome them? - The grant was spread out over a couple years so there was a fairly significant upfront cost that then got mostly paid back over the course of the next two years.  We had some savings that we were able to use for those upfront costs and felt that the long-term effect of energy savings would be worth it. 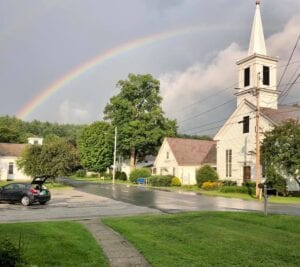 The rest of their story:

In 2016 the church replaced two (2) old propane boilers and an electric hot water heater with one (1) high-efficiency propane boiler and a heat pump water heater.  These new appliances were great, but the building was still poorly insulated, so this new equipment couldn’t live up to its potential in terms of energy savings.

In the spring of 2017 the church applied for and was accepted to be part of a Deep Energy Retrofit Pilot program through Efficiency Vermont.  Through this pilot program the attic and basement areas of the church were weather-sealed and the level of insulation was significantly increased.

At the same time as this pilot program, the church applied for a matching grant from Vermont Interfaith Power and Light through the Katy Gerke Memorial Program.  We were approved for the grant which was used to upgrade all of the lighting in the sanctuary and parish hall with energy efficient LED lighting.

By performing these energy efficiency improvements the church has been able to reduce its energy useage, and thus energy costs by approximately 40%.  These improvements have also reduced our carbon emissions and to manifest our caring for Creation.

One example of a Vermont faith community that has used the Katy Gerke Memorial Program to take actions to address the climate crisis and the threat it presents to Creation is the United Church of Dorset & East Rupert.

The Green Team at the United Church of Dorset & East Rupert

Founded in 1784 the Dorset Church, now the United Church of Dorset & East Rupert, has a history of almost 250 years of spiritual commitment to its community and to Creation.  Now, with its active Green Team it’s preparing for its members and their grandchildren through its commitment to reducing its carbon emissions.

Originally heated with locally cut wood, the church at some point switched to heating with fuel oil.  Recognizing their commitment to Creation and the negative effects of burning fossil fuel, the Green Team’s purpose is to reduce their church’s carbon emissions while also saving money.  To pursue this the Green Team has lead the congregation in making the following changes:

A portion of the cost for these changes was provided by a grant from Vermont Interfaith Power and Light,  www.VTIPL.org.

These changes have enabled them to reduce their heating fuel use by approximately 50%.  And, although their electricity use has almost tripled, all of their electricity is clean, renewable solar generated.  They’ve met their immediate goal of reducing their carbon emissions while saving money.

These are not the first things the Green Team has undertaken to reduce their energy use and carbon emissions.  In 2013 they had an energy audit done with help from a Vermont Interfaith Power and Light grant and had weatherization and air sealing done.  The also switched their incandescent lights to LEDs and in 2016 replaced fluorescent fixtures with LEDs.

Until COVID took over, they were running a van- pool once a month to take parishioners and neighbors to Aldi’s in Bennington for grocery shopping.  It was a boon to some who were not confident about driving and certainly a gas saver.  Each chipped in $2 for gas and had a good time to boot.  They look forward to resuming and perhaps expanding this service.

But, the Green Team is not done.  Future plans call for further reducing their heating oil use for the Sunday School rooms, the Pastor’s study and the Vestry.  They’re also looking at the manse, which is heated by oil, and they’re discussing carbon-free transportation, composting and “natural burials.

The Green Team at the United Church of Dorset & East Rupert has made a meaningful commitment to Creation and is continuing to look for ways to further that commitment. 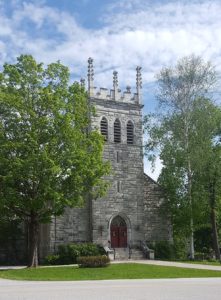